Elazig is the most orderly city of the Eastern Anatolian region, due to its being recently founded with the name of Mamurat-Ül Aziz in the 19th century by sultan AbdÜlaziz to settle some over-population from Harput town. But it`s known that the city has a much older history dating back to ancient civilizations of Anatolia; Hurris, Hittites, Urartus, Byzantines, Seljuks and Ottomans. It is situated on a plain near a mountain on 1,020 meters above the sea level and is surrounded by vineyards and gardens. The city today is also a trading center for crops and livestock. It`s population is approximately 352.000 according to the 2015 cencus.

Places to visit in Elazig

Most of the historical artifacts, monuments and works within the borders of the city are found in Harput. Standing as an important settlement place throughout the history, Harput was one of the favored cities. However, it was carried to a new settlement field, now named Elazig, in the wake of the urbanization philosophy. When travelling Harput you will set forth on a journey towards the history.

The historical Harput Castle is located at the southeast of the ancient city of Harput, at a position dominating the Elazig plain. It is a known fact that this historical castle was build in the period of Urartu civilization. The castle was conquered by Romans, Byzantine and Arabians as stated in the historical documents. Virgin Mary Church is located at the left side of Harput Castle. It was constructed in 179 A.D . This church is also known as Scarlet Church, SÜryani Church and Yakubi Church.

Ulu Cami (Great Mosque) The mosque was constructed by Artuklu Monarch Fahrettin Karaslan in 1156 1157 A.D in Harput. and is among the oldest and important structures of Anatolia.

Sara Hatun Cami (Lady Sara Mosque) The mosque was constructed by Sara Hatun, who was the mother of Akkoyunlu Monarch Bahadır Khan during the 15th century . The balcony of the mosque is among the most beautiful samples of stone craftsmanship. Although it was constructed as a kÜlliye, only the mosque section is standing in the present day. Cimsit Hamam is an Ottoman period structure, located adjacent to Sara Hatun Mosque.

Kursunlu Cami (Leaded Mosque) The mosque is the most beautiful representative of Ottoman Period mosques in Harput.

The most important cave in Elazig is Buzluk Cave. Location is in the north-east of Harput, at a distance of 11 km from Elazığ. The cave has a view of Keban Dam. Ice sheets, stalagmites and stalactites are being formed naturally in the cave during summer due to the climatic conditions and air circulation resulting from its geomorphologic characteristics. On the contrary, in winters, it does not form ice because of the hot-air circulation. The cave is thought to be formed by the rocks that have been piled up due to a big collapse.

Elazig Archeology and Etnography Museum is on the campus of Firat University. It is one of the most important museums of Turkey. You should experience it.

Hazar Lake reflects the natural beauty of Elazig. Taking place at the southeast of the city, 25 km away from the centrum, the lake is a tectonic one having 22 km length and an area of 86 km².

Elazig has one of the richest collections of folk dances in Turkey. Cayda cira known as Candle Dance worldwide is the most popular folk dance of Elazig-Harput culture. Although the importance of handicrafts is fading away with the development of new technologies you will still realize some handicrafts produced in the city. Needle handicraft, carpet weaving, copper art are among the works being prevalent in the city.

Mountain, hunting and winter tourism to be developed in the city bring the city in the foreground for nature tourism. Hazarbaba Mountain with 2.347 meters height at the south of the city and Mount Mastar with 2.171 meters height at the east are convenient places for mountain and nature tracking. The Hazarbaba Ski Centrum placed at Hazarbaba Mountain is proper for skiing. Also, hunting and fishing is prevalent at the city. Additionally, Hazar Lake is popular for summer tourism and camping.

You would not return from the city without seeing and even buying orcik and pestil (dried layers of fruit pulp), mulberry flour, orcik candy, ceden coffee or delicious Buzbag wine produced from the local grapes and walnuts which you can easily carry with you, hand crafted art works, embroideries, local carpets, pileless carpets, copper crafts and colored cotton kerchiefs.

Highway Elazığ is at the junction point connecting Eastern Anatolia to the Western region. Railway Elazığ is connected to east and west by railway. Airway Elazığ Airport is located at the 8th kilometer of Elazığ Bingöl Highway. The arrival to the airport is possible via the services of T.H.Y. and commercial taxis.

All details and links are in web page side menu: ittes2016 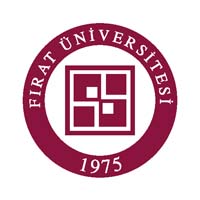